Student personnel files, publications, and photographs from various Park College Classes (a bulk being the classes of 1917-1955) that served from the Civil War to Vietnam War. Future collections include information on Park College Faculty and Staff Veterans.

Park College memorial materials of World War I and World War II Students/Alumni who were Killed in Action or Missing in Action. 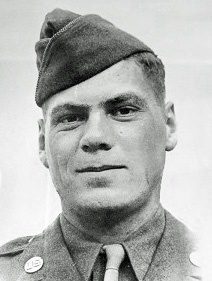 The Kenneth Slusher Collection: a partial uniform, gas mask, and an assortment of paperwork/letters related to his time in the U.S. Army during World War I. 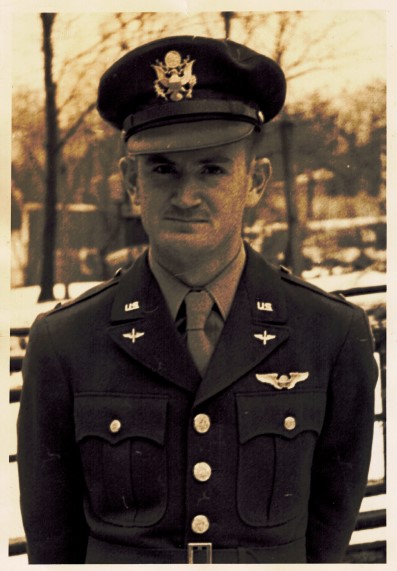 Atwood was assigned to Co. H, 289th Infantry Regiment, 75th Infantry Division, which was activated at Fort Leonard Wood in April of 1942. The 75th trained primarily at Camp Breckinridge, Kentucky, and Camp Shanks, New York, before embarking to England in November of 1944. The 75th arrived in France in December of 1944, swiftly setting up command in the Leige Sector, Belgium. The 289th immediately began its first phase, 24 December-24 January, with the Battle of the Ardennes, held within a mountainous, densely forested and bitterly cold region of the Ardennes Mountains. In late December 1944, Private First Class Atwood, acting as a radio operator, was attached to Combat Command B (3rd Armored Division) tasked with defending a wooded area about 10,000 yards wide between the village of Grandmenil and municipality of Érezée. Now famously known as the Battle of the Bulge, PFC Atwood was with the regiment as it began its attack on the German LVIII Panzer Corps (LVIII Panzerkorps) on the morning of the 25th of December, alongside the 33rd Armored Regiment, 36th Infantry Regiment, and 23rd Combat Engineer Battalion entering Manhay just East. At some point during the day near Grandmenil, Atwood chose to remain with his equipment in order to appraise Co. H’s commander of enemy movements, and lost his life as a result of enemy fire.

Atwood received the Purple Heart and Silver Star for his actions,

“Private First Class Dayton D. Atwood (ASN: 17124887), United States Army, was awarded the Silver Star (Posthumously) for gallantry in action while serving as radio operator of a weapons platoon of the 289th Infantry Regiment, 75th Infantry Division, in action on 25 December 1944 in Belgium. Although he had the opportunity to withdraw because of heavy enemy fire, Private First Class Atwood elected to remain by his radio to keep his company commander informed of the enemy situation, maintaining contact with his unit until he was killed. His action showed great devotion to duty and extreme bravery.”

Dudley Monroe McBride was born to John Godby McBride (1871-1901) and Cenith Luzella McConley on 20 December 1895 in Dresden, Platte County, Missouri, the eldest of four children; Effie Marie (1896), John Jacob (1897-1978), and Wilma Irene (1899-1997). John McBride farmed in the area until he was fatally shot and killed by John W. Cookman (who later was convicted of murder) on 24 May 1901, prompting Cenith McConley McBride to move herself and her children to her parent’s home in Dresden. It is unknown for how long McBride remained with his mother, grandparents, and siblings; he is not listed as a member of the household in 1910, and does not enlist in the service in the state of Missouri.

Around 1917-1918, Monroe resided in Oakland, Iowa, where he worked as a farmhand. He enlisted in the U.S. Army on 16 February 1918 and was assigned to Co. A, 47th Infantry Regiment, 4th Infantry Division, organized at Camp Greene, North Carolina. It was here that Private McBride contracted the Measles, and died of Bronchopneumonia at the base hospital on 17 April 1918. He was buried with his parents at Knob Noster Cemetery, Knob Noster, Missouri.

John Jacob McBride was born to John Godby McBride (1871-1901) and Cenith Luzella McConley on 16 July 1897 in Dresden, Platte County, Missouri, the third of four children; Dudley Monroe (1895-1918), Effie Marie (1896), and Wilma Irene (1899-1997). John McBride farmed in the area until he was fatally shot and killed by John W. Cookman (who later was convicted of murder) on 24 May 1901, prompting Cenith McConley McBride to move herself and her children to her parent’s home in Dresden. McBride was inducted into the U.S. Army at Sedalia (at the time, living in Lamonte, MO) on 20 October 1918, serving as a Private with the Quartermaster Corps at Camp Bowie, Texas until his discharge on 24 May 1919.

In the 1940s, the McBrides returned to Dresden (Brunkhorst Road) and farmed; they remained in the area into the 1950s. Details on the remainder of his life are unknown; McBride died on 24 November 1978 in Sedalia, he and his wife are buried at Knob Noster Cemetery, Knob Noster, Missouri.

Stanley Irwin Rowson was born to Willoughby Lewis Rowson (1895-1970) and Mae Sophronia Coffey (1898-1970) on 27 February 1916 in Plains, Kansas, the eldest of three children. The family soon moved to Dalhart, Texas, where daughter Lorelai Maxine (1919-2016) and Richard Keith (1924-97) were born. The family relocated again to Kansas City, Missouri in 1921; Rowson attended Horace Mann School and Paseo High School, graduating from the latter in 1932. Rowson received his associate degree in 1934 from Kansas City Junior College, and began working for the accounting department at Smith Barney Harris, Upham Co. (now Morgan Staley Wealth Management), a brokerage firm, in Kansas City. Rowson’s interest in engineering and flight started at a young age, in his free time during his early teens, Rowson took flying lessons (often in an open cockpit biplane), and received his private flying license in 1939. Regular dates between Rowson and his future wife Margaretha Calvin (1919-2013) were in rented two-seater monoplanes, flying day trips across Missouri, Nebraska, and Kansas. Rowson and Margaretha, who met at Mt. Pleasant Baptist Church as teenagers, married on 2 March 1940; they had two children, Stephen Vance (1943-2020) and Everett (1948-).

Rowson enlisted in the U.S. Army Air Corps on 14 September 1942, attending Cadet training at Randolph Field (Randolph Air Force Base) and Kelly Field, San Antonio, Texas. Given the choice to qualify as a pilot, bombardier, or navigator, Rowson chose the latter, and attended and graduated from the Army Air Forces Navigation School, Hondo Army Air Field, Hondo, Texas, in February 1944, where he primarily spent his training on B-17 Flying Fortresses. Assigned to the 847th Bomb Squadron (Heavy), 489th Bomb Group (H), 20th Bomb Wing (H), 2nd Air Division, 8th Air Force, then 2nd Lieutenant Navigator Rowson flew to England with his original crew to attend further training. Lt Rowson was classified as Navigator Bombardier Radar in July of 1944, and undertook his first mission on 16 August. With the 489th, Lt Rowson flew on Consolidated B-24 Liberators (models H-J) in the ETO, first in Northern France August-September, 1944, then Rhineland September-October, 1944. In November of 1944, Rowson was transferred to the 93rd Bomb Group (H), 2nd Combat Bomb Wing, 8th Air Force, with them, participating in the Rhineland, Ardennes, and Normandy Campaigns from December of 1944 to April of 1945.