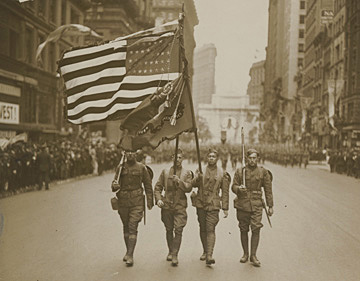 Courtesy of the Kee Family, 2021; Color Sergeant Sing Lau Kee is third from the left. Parade and Colors of the 77th Division, May 6, 1919. Underwood & Underwood, NY.

The George S. Robb Centre for the Study of the Great War at Park University is the home of the Valor Medals Review Project and Task Force, a team of researchers and historians performing a systematic investigation into minority (African American, Asian American, Hispanic American, Jewish American and Native American) veterans of the Great War (1914-1921) who, in spite of deserving deeds, may have been unjustly denied high-level valor awards owing to their racial or religious background.  In particular, servicemembers worthy of a Medal of Honor may have been downgraded to a Distinguished Service Cross/Navy Cross and/or a French Croix de Guerre with Palm, and/or an archived Medal of Honor recommendation.

Established by a Resolution of the United States World War I Centennial Commission on 20 June 2018, the Project and Task Force are federally recognized by The World War I Valor Medals Review Act, H.R. 2249/S. 1218, included within the National Defense Authorization Act (NDAA) for the Fiscal Year 2020, S. 1790.

The Review has received the support of the American Legion and the Veterans of Foreign Wars through official resolutions (109/110 and 308, respectively), The Doughboy Foundation (formerly the World War I Centennial Commission), Congressional Black Caucus Foundations’ Braintrust, over two dozen Military Service Organization (MSO’s) and Veteran Service Organizations (VSO’s), and faculty from several major research universities. 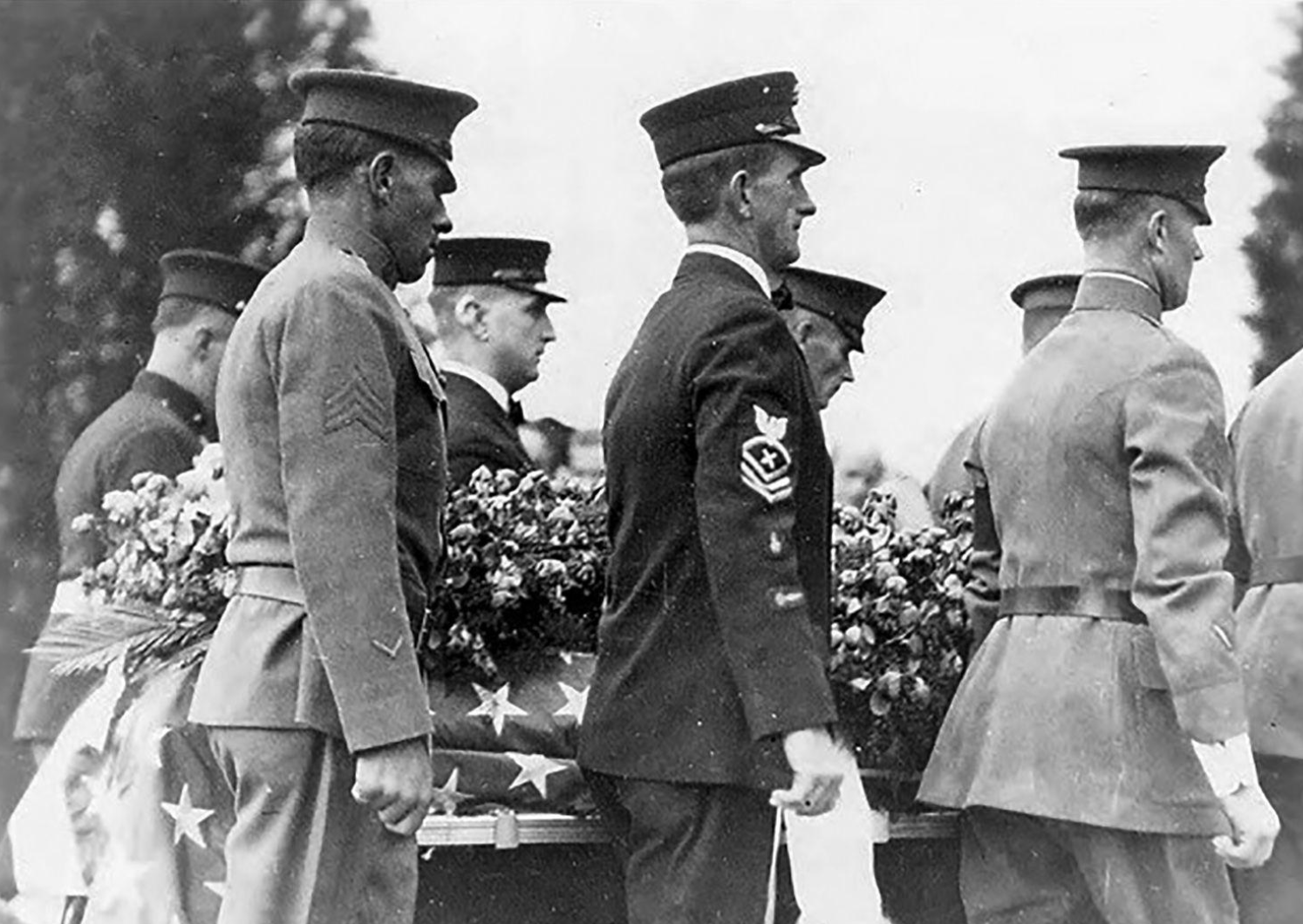 Tomb of the Unknown Soldier Body Bearers, 1921. Bearer Sergeant Thomas Daniel Saunders is the first from the left within the forefront group.

While the U. S. military conducted a review of valor awards to minority servicemembers in WWII, the Korean War, the Vietnam War, and all subsequent American wars, no such systematic review has ever been made for minority veterans of the Great War. Likewise, the awards of a Medal of Honor to Corporal Freddie Stowers (1991),  Sergeant Henry Johnson (2015), and Sergeant William Shemin (2015) set precedents for challenging the postwar review of World War One cases conducted in 1919, which resulted in no Medal of Honor awards to African-American veterans and few for members of other minority groups.

The George S. Robb Centre for the Study of the Great War at Park University shall provide collaboration for governmental initiatives, coordination, and dissemination of research related to the Valor Medals Review of U. S. military servicemembers who may have been wrongfully denied the Medal of Honor for valorous service in World War I.

America has a sacred bond with those who swore to defend her, and there is no more powerful manifestation of that covenant than the Medal of Honor. The gravity of these awards means their rarity must be jealously safeguarded; they can never be allowed to be diluted in the name of making a political point. Every hero from the Great War whose deeds warrant the award receives it, regardless of the circumstances of their birth or the color of skin.

“The President may award, and present in the name of Congress, a medal of honor of appropriate design, with ribbons and appurtenances, to a person who while a member of the Army or naval service, distinguished himself conspicuously by gallantry and intrepidity at the risk of his life above and beyond the call of duty”

Who qualifies for the Valor Medals Review?

African American, Asian American, Hispanic American, Jewish American, and Native American servicemembers of World War I who received the Distinguished Service Cross/Navy Cross, and/or the French Croix de Guerre with Palm, and/or have an archivally documented Medal of Honor Recommendation. These veterans are members of the American Armed Forces only.

Servicemembers who received the Distinguished Service Medal, Silver Star, Purple Heart, and/or any Divisional Citations alone do not qualify for review.

What are the foreign decorations that qualify for the Valor Medals Review?

Other foreign decorations that several veterans of the VMR hold, such as the Belgian Croix de Guerre (of any level), Legion of Honor (Légion d’honneur), or British Distinguished Conduct Medal, do not qualify in terms of approving an individual for review.

How long does this process take?

The Valor Medals Review Legislation allows for a research period ending in 2025, at that point, the Robb Centre will have completed investigation into each servicemember who qualifies for review. The Robb Centre is not responsible for the resulting approval or denial of the Medal of Honor; our sole duty is to prepare the citations and background of each servicemember’s actions to recommend a reviewal to the Secretary of the Army/Navy, Secretary of Defense, and President of the United States.

The original legislation passed in the 2019 NDAA has received a one-year extension due to COVID-19 limitations on access to research facilities.

How may I help?

The Robb Centre is the only entity Congressionally approved to perform the Valor Medals Review investigation.

Descendants of servicemembers qualified for the Valor Medals Review; are welcomed to contact Centre Staff (gsrcentre@park.edu) to discuss family papers, photographs, and materials.

Partners/Sponsors/Adopt-A-Hero; are welcomed to contact Centre Staff (gsrcentre@park.edu), or visit the Partners and Sponsors page to discuss opportunities to assist the Valor Medals Review Project.

How are you funded?

The Robb Centre is associated with Park University, a 501(c)3 nonprofit organization. Current funding is through our partners, sponsors, individuals, foundations, and other philanthropic organizations.

Individuals who are interested in assisting are welcomed to contact Centre Staff (gsrcentre@park.edu), or visit the Partners and Sponsors page.

What is a systematic review?

A systematic review is a large-scale investigation into minority servicemembers who may have not received particular honors due to racial or religious discrimination. In order to instigate such a review, Congress must approve the process and wave the time limitations related to the recommending and subsequent awarding of the Medal of Honor and/or Valor Medals.

The process is rare- it has only been performed half a dozen times, primarily for veterans of World War II. To read more about previous systematic reviews, please visit the Background on Systematic Reviews page.

How was the U.S. Army structured during the Great War?